For a quick and easy calibration of a network analyzer up to 5 GHz, it is not necessary to use an expensive calibration-kit. This can be achieved with three simple SMA-components.
This simple calibration-kit has been used already for a long term in all departments of the University of Applied Science Aachen, successfully. Even in our company HHF, we use this cal.-kit for the workaday-calibration, because it is low-priced and easy to implement.
The following section describes the necessary components and the corresponding process in more details.
To build quickly and simply your own calibration-kit, you can use the following SMA-components: 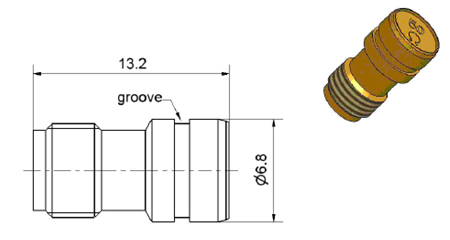 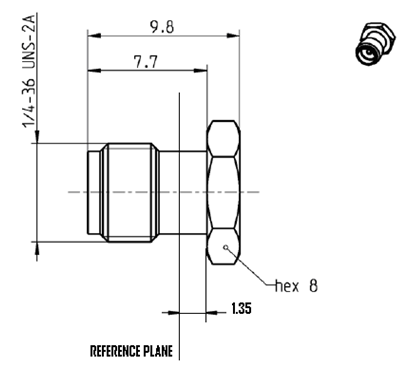 Open (female) (used as a Thru as an Open-Standard) 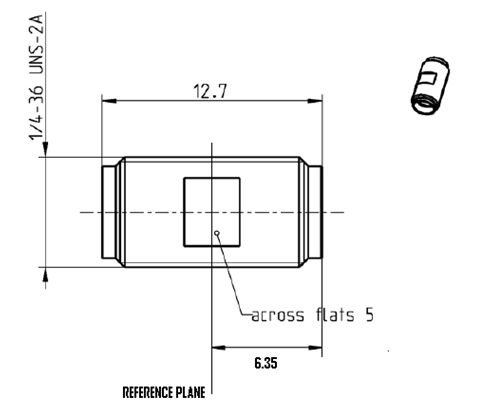 After the acquisition of these components you only need to enter the following parameters in the network analyzer.

After all these parameters were given, the usual calibration with this calibration-kit can be carried out. Of course the measuring accuracy is lower than with the 3.5mm calibration-kit, because these can be described more exactly. Still the advantage of the SMA cal.-kit is, that no mismatching is given with the calibration, because we contact from SMA on SMA and not on another standard.

The exactness of this procedure is made clear with the help of the ripple-test (References: Heuermann, H., Old and New Accuracy Estimation of S-Parameter Measurements with the Ripple-Test, MTT-S International Microwave Symposium Workshop TMB, San Francisco, Juni 2006 and Heuermann, H., Rumiantsev, A., Accuracy Estimations of S-Parameter Measurements at the Wafer-Level, EuMW2007 Workshop WC15, Munich, Oct. 2007).

From figures 1 and 2 can be seen, that the ripples are stronger after the SMA-calibration than after the 3,5mm-calibration. This is because the 3.5mm cal.-kit can be more accurately described than the SMA cal.-kit. Nevertheless, until 4GHz the ripples are roughly equally strong and therefore we have nearly the same accuracy. From this follows that the measurement accuracy, for such a reasonable calibration-kit, is precise enough to carry out well measurements. This is made clear in the following segment.

To verify the measuring exactness a little wide a bandpass filter was also measured after a SMA-calibration, the following pictures show the measuring results.